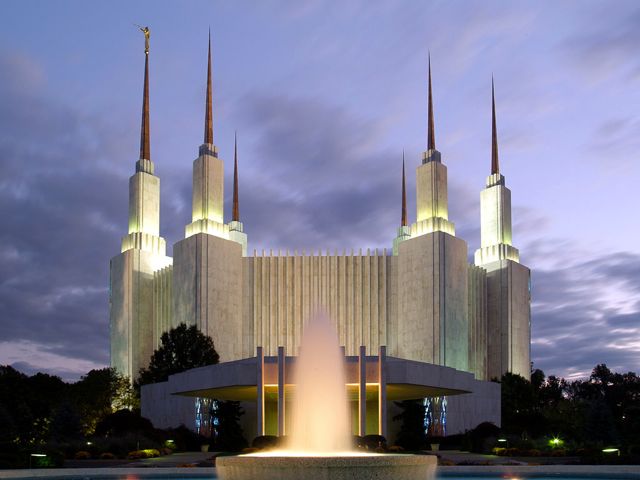 After his pretty convincing win in New Hampshire on Tuesday (following his paper thin ‘victory’ in Iowa a week earlier), Mitt Romney seems to think he’s going to win the Republican nomination. For the first time in the past year of round-the-clock campaigning he has begun to sound presidential: “I want you to remember what it was like to be hopeful and excited about the future, not to dread each new headline. I want you to remember when you spent more time dreaming about where to send your kids to college than wondering how to make it to the next paycheque. I want you to remember when you weren’t afraid to look at your retirement savings or the price at the pump.”

All pretty tame stuff, you would have thought (even though he sounded worryingly like Bill Clinton at his teary-eyed worst): dropping in a couple of lines about the greatness of America and attacking President Obama for being the type of socialist who “wants to turn America into a European-style entitlement society.” Surely he’s exactly the sort of multi-millionaire, granite-jawed, right-of-centre politician that Republicans should be rallying around as their best bet for beating Obama?

But no, an awful lot of evangelicals and honest-to-God conservatives (the sort who say no to abortion, but yes to personal handguns and lethal injections for death-row inmates) are very worried about Romney winning the nomination. So worried, in fact, that they are trying to agree a strategy for ensuring that the people they represent (although it often sounds as though they regard themselves as God’s representatives first and foremost!) put their votes behind just one of the other candidates, rather than scattering them around the place.

They have a weird and wonderful choice: Newt Gingrich, a thrice-married serial philanderer who had to give a public guarantee that he wouldn’t cheat on his present wife; or Ron Paul, who wants to legalise drugs and let people do whatever they want to do in the bedroom; or Rick Perry, who seems incapable of stringing a coherent sentence together; or Rick Santorum, who is so right-wing he keeps meeting himself coming around the corner. Not one of these four has an iota of presidential material about them (unless they ever stood near Obama and got a bit of dandruff brushed from his shoulder), yet in the eyes of the born-again, tea-partying, fruitcake-spouting, flag-flying, “why-aren’t-we-allowed-to-call-Obama-a-black-Muslim” fundamentalists who are the living embodiment of American Gothic, any one of those no-hopers is preferable to a Mormon.

And yes, it really does come down to that! The Republicans who hate Romney—and they really do hate him—don’t regard him as a Christian (even though he does have a belief in the same Christ and God as they do). For them he is just peculiar. While they regard the Bible as true, the direct Word of God, they are outraged that Romney believes in a book handed down by an angel to Joseph Smith in 1827. Yet they have no difficulty believing the activities of the dozens of angels who acted as messengers in the Bible. They don’t like the fact that

Mormons used to practice polygamy, but can easily forgive Christians who cheat on the one wife they do have, or who have been married more than once. They don’t like the Mormon’s willingness to baptize the dead, yet they themselves and political sinners (who happen to be Republican, of course) can be ‘saved’ and redeemed merely by describing themselves as born again.

Mormons oppose abortion and gay marriage and believe in abstinence from tea, coffee, alcohol, tobacco and sex outside marriage. On health and moral grounds alone one would have thought that most Christians would not regard any of that as unreasonable. By all accounts Romney has had a blameless life when it comes to marriage, morals and personal relationships: so again, where’s the real problem with him?

Yes, he has flip-flopped on key issues, but then so have most of the other candidates; and Ronald Reagan and George W Bush took the trampoline approach to politics, bouncing where they needed to, to pick up votes. Yet around 20% of Americans (most of whom would be Republican leaning) say they would not vote for a Mormon—even if he was their party’s official candidate.

Mormons haven’t had a good time in literature, where they often are portrayed as cliquish and cultist. Sir Arthur Conan Doyle did them no favours in his first Sherlock Holmes novel, A Study in Scarlet—published in 1887—when they were depicted as nasty, brutal, thuggish, lustful, uncharitable and relentless in their desire for revenge on anyone who crossed them. As recently as August 2011 the School Board of Albemarle County, Virginia, removed the book from the district’s sixth-grade reading lists following complaints from students and parents that the book was derogatory toward Mormons.

All of this is, of course, great news for Barack Obama. If the Republicans do end up with Romney they will have a candidate who can’t, or so Democrat pollsters believe, maximise the Republican vote; and because of the Mormon Church’s opposition to abortion and gay marriage he can’t even pitch for the softer end of the Democrat vote. It tends to be forgotten that re-election for Presidents is not a shoo-in: indeed, of the last ten presidents, only Reagan, Clinton and Bush jnr served a full second term.

The irony, of course, is that Obama is a terrible President. You have to go back to 1976 and President Carter to find someone quite so dithery and incapable of making decisions. All the hope and change he promised has turned to hype and stasis. When he sees a problem he throws words at it, whole tidal-waves of rhetoric, in fact, trapped in his self-delusion that what worked with a gullible electorate in 2008 can also work with the intractable realities of an economic crisis. He deserves to lose and lose heavily. But it looks like he will hold on for no other reason than that the battle for the most powerful political position in the world will descend into an electoral farce between a Mormon who believes that God lives in a world called Kolob and a President who often behaves as if he already inhabits another planet!

It was said, as recently as 2006, that America was not ready for either a black or female president: yet it got one and very nearly got the other. The Republican grassroots has a lot of time for females—including Michele Bachmann and Sarah Palin—and has elected increasing numbers to Congress and to State legislatures. But what will the evangelical Republicans do if they have a choice between a black and a Mormon?

There is a chance for Republicans to beat Obama, but it means they need to quickly endorse the candidate with the best chance of so doing. My own preference would be Jon Huntsman who, I think, could pick up softer Democrats and whose religious beliefs have been described as “cafeteria Mormonism, rather than the three-course, set-menu, all the trimmings Mormonism of Romney.” (What an irony, too, that the two best Republican candidates are Mormons!) But it looks like he won’t make it.

Anyway, the sooner the Republicans settle on Romney and deal with his Mormonism the better their chances of success will be. Actually, it would be a perfect time for millions to realise that Mormonism is probably no better or worse than most other religions; though I speak as an atheist. Most views of the religion are based on utterly misleading and inaccurate opinions of it, so maybe, just maybe, the presence of a Mormon on the presidential ballot ticket would concentrate minds wonderfully.

It boils down to this: if there is any evidence that Ronmey’s Mormonism would make him a bad president or a worse president than a non-Mormon, then let that evidence be put in the public domain. If, on the other hand, the contest is between two men with competing visions of how America should be governed and of what its role in the world should be, then the Republicans have a really good chance of ditching a very bad president.