You are at:Home»News & Current Affairs»Opinion»Letter from San Francisco: The innovators are hustling and the optimism is rising…
Social share: 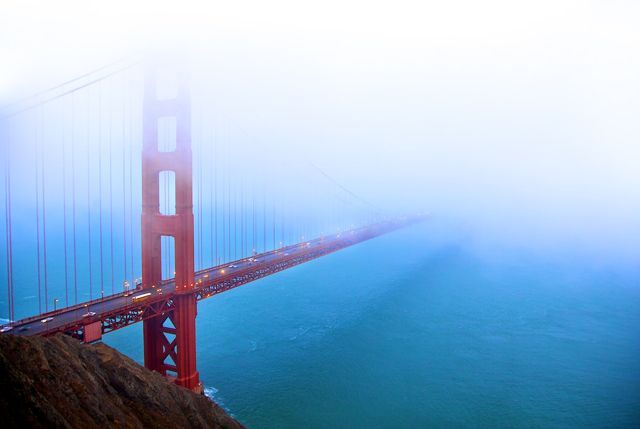 San Francisco is a town built on a Gold Rush as well as a long finger of land that sits atop a rather precarious fault line. And as of January 2012 the gold rush fever seems to be back. The economy is turning, the innovators are hustling and the optimism is rising in this prospector’s paradise.

Just like back in 1849, there is panning for gold but the modern version is a lot less back breaking. They find golden specks of dust that appear as start-up tech businesses in the SOMA district of the city or Palo Alto, they find gold nuggets (they receive venture capital) and then they unearth the mother-load that takes over the world in 140 words or less. The pot of gold at the end of this rainbow is the IPO, the Initial Public Offering, is when companies go to market and 20 somethings become richer than God.

It is widely held that this is the year when Face Book will go public. Zynga, the maker of those incredibly popular smart phone games, did so earlier this month, as did Groupon and at our restaurant we have noticed a lot of rather happy engineers congratulating themselves for learning to write code when it was not cool.

So, you may ask yourself what would this have to do with the man in the street or to the price of brown bread, for that matter? Well the reality is that it has a lot to do with the price of brown bread the length and breadth of the Silicon Valley and the City by the Bay. As the number of success stories increase (and perhaps the bubble inflates), the price of living tracks the rise. Rents have exploded for over the last 12 months and competition for places in the “right neighbourhoods” make it feel a bit more like Tulip Fever than Gold Rush Fever!

With all this said, Dot Com 2.0 has one major difference from the previous boom and that is that the companies involved have profits to show as opposed to potential profits. The ecommerce infrastructure is in place and the metrics to gauge viability are more tested than in Dot Com 1.0 so the spectre of a speculative bubble is less hyped. The cup is now more half full than half empty.

A flash in the pan?

The beloved 49’ers American football team have had a blistering season and are in the playoffs for the first time in ten years. Is this the start of another golden generation to build on the dynasty of Walsh and Montana? Maybe. One swallow doesn’t make a summer but I don’t think we have a flash in the pan here either. This weekend they compete in the NFC Championship game (semi finals to you and me) after a humdinger match with the record setting Drew Brees and his New Orleans Saints. Upsetting the ‘Vegas’ bookmakers with a 36-32 victory and setting up another big day at Candlestick Park, there is a real sense of hope in the West. Victory and a trip to the Super Bowl for the red & gold would be the icing on the cake. Their new stadium will be the cherry on top.

And finally, how could we mention gold and miss out the most iconic structure of San Francisco and of bridges across the world. The Golden Gate Bridge turns 75 this year and for most of us that would be a solid innings, but a bridge? No, she is young and vivacious. I’ve always thought she is at her most majestic when the early morning June fog is rolling back out to sea and the sunlight illuminated her international orange towers against the bluest of skies. Nothing like it anywhere but remember never come to view the GGB without a good rainproof jacket, summer or not….

Social share:
Previous ArticleBurn….Before Reading
Next Article Suburban civic society has largely abandoned these areas, and so is in no position to tell others what to do or how to live.

Micheal is a restaurant owner in San Francisco, where he lives with his wife Raquel & son Sean. Micheal, from South Armagh graduated from Queen's University Belfast. He lived in France and Australia before moving to California in 2004 where he has worked in hospitality management and the restaurant business.