You are at:Home»News & Current Affairs»Five years after “day of decision” – the new policing battle…
Social share: 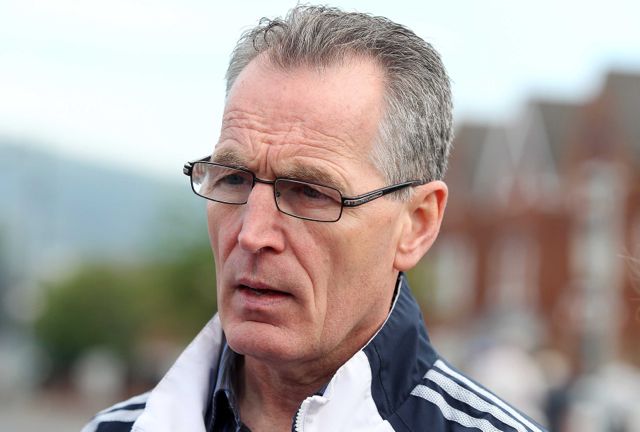 Five years on from the big republican vote on policing, you get a sense of its importance in the words of Gerry Kelly.

Chatting to me, he described it as “not only the hardest negotiation, but the most important” of the peace process.

He is thinking back on the events of the last weekend in January 2007.

It was what he calls the republican “day of decision” – a day that was not just about policing, but so much more.

And this is where you have to think inside the heads of republicans.

Up to this point when they thought of the police they thought about the RUC; about an enemy in another trench during long years of conflict.

And, so this was a mind battle.

It wasn’t just about a vote to support the PSNI and the new policing structures.

That was only part of the story.

It was about trying to make peace with all that had gone before, and in the heads of police officers this too had to be about the beginning of the end in terms of that enemy relationship.

Both sides had inflicted serious hurts on the other.

And this was about a new beginning for both.

“To an extent, the biggest negotiation was with our base and our activists,” Kelly told me.

The special Sinn Fein Ard Fheis of that weekend in January 2007 was very public, but was not the only republican gathering.

Given the business in hand, another meeting was necessary – a meeting of the IRA in what is understood to have been a General Army Convention.

This was the choreographed way of things; how the policing path was cleared.

And the vote when it came was overwhelming.

But, five years on, Gerry Kelly still describes “a battle” between community and security policing.

Writing in the Belfast Telegraph last month the party’s national chair Declan Kearney highlighted what he called a policing “dark side” – a reference to intelligence practices and what republicans describe as the “securocrats”.

But Gerry Kelly is adamant there is no witch-hunt.

“Absolutely not,” he said.

“Because all these things become political, unionists think this is us trying to get at the RUC – doing a witch-hunt,” he continued.

“But we work with ex-RUC officers every day, now within the PSNI.

“They took the new oath, signed up to the code of ethics and accept the accountability mechanisms,” he said.

The party’s policing and justice spokesman added: “I do not want to be arguing about security policing for the next ten years.

“We have accountability and that needs to apply to everyone in the policing family.

“No one should stand outside those mechanisms.

“Unfortunately, at the moment, it’s clear that some people are.

“It undermines Patten and the spirit of Patten [the report and recommendations on policing reforms],” he said.

This is a reference to officers who retire and are then rehired in civilian roles.

Gerry Kelly repeated that Sinn Fein’s support for the PSNI is “unambiguous, but not unconditional”.

“What we need is that all policing is about the community, and every section of policing has to fit inside that,” he told me.

And he again emphasised the importance of the republican endorsement of new policing by calling it: “The biggest negotiation of the conflict resolution process.”

Asked to compare it with the decisions to end the armed campaign and putting weapons beyond use, he responded:

“They were all significant milestones, but this, in terms of a new start, to have a police service with the potential to represent all the people, was huge.”

Inside the intelligence community the republican decisions of five years ago have been described as the “landmark event” and “pivotal moment” – confirming the end of the IRA war.

But this continuing battle between community and security policing creates a dangerous playground for the dissidents.

We have heard their arguments; that MI5 is still in control; that the PSNI is the RUC dressed up in a different uniform; that Sinn Fein got it wrong.

And so there is a need for a big conversation involving chief constable Matt Baggott and his senior team, and the Sinn Fein leadership; a need to engage seriously on this unfinished business of policing – a conversation in which both sides are heard.

It is a discussion – given the significance of what both sides delivered five years ago – that should, and needs to happen sooner rather than later.

Social share:
Previous ArticleMcNarry sanctioned for saying too much
Next Article Meet the man steeped in the history of Belfast’s Linen Hall Library – Mr John Killen