You are at:Home»News & Current Affairs»Codewords, code names and cracks in the channel
Social share: 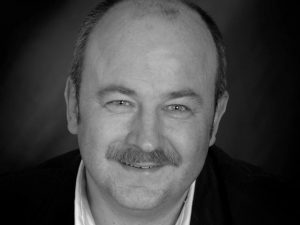 There is a big piece of learning for conflict resolution processes in the latest British Government papers to be released under the 30-year rule.

It is about the use of secret contact channels – and what weight to attach to the information passed to the different sides by those in the middle.

And the learning is, there is no substitute for the horse’s mouth.

There was a particular focus on this in 1993 when my journalist colleague Eamonn Mallie produced proof that the British were in contact with the republican leadership while the IRA was still at war.

Those of us reporting the period will remember the panic in then Secretary of State Sir Patrick Mayhew as this covert channel of communication was shovelled out of its hiding place and onto the surface.

And we also remember how in a nervous news conference Mayhew tried to justify the contacts – claiming that Martin McGuinness had sent a message to the British Government to the effect that the IRA war was over.

McGuinness, who was at one end of a so-called ‘back-channel’ with the British at the other, was not the author of that communication.

Back in 1993, Denis Bradley was one of three men from Derry who formed a link in that chain running between the British and McGuinness.

For a long time we believed they acted as a kind of post box collecting and delivering messages from one side to the other.

But in an interview with me in March 2000, Bradley revealed a much wider function.

“You are no good as a mediator if all you do is mediate.

“At one stage or other you have to make a big decision and you have to say, well, these two people want to move but they are incapable of moving.

“Now how do you get rid of that roadblock?”

The message Mayhew attributed to McGuinness came not from him, but out of the middle of that so-called back-channel and was designed to achieve negotiations between enemies – the British and the IRA.

It may have been well intentioned, but it was highly dangerous and it destroyed the link, and it was many years after 1993 before Bradley finally admitted the true origin of the message.

Now, after the latest release of secret British papers, that back-channel is under another spotlight, this time relating to the turmoil of the hunger strike period of 1981.

The focus this time is on another Derry man Brendan Duddy, and the story detailed in the papers suggest he was much more than an information link between the government and the republican leadership.

The British gave him a codename – Soon.

And, the papers if they are accurate and can be believed, report the following in relation to a telephone contact at a critical period in the hunger strike.

“At the outset Soon [Duddy] indicated by a pre-arranged code that he was accompanied by a representative of the Provisionals.

“He had previously suggested that in this situation we [the British]should adopt a hard line.”

Republicans will want an explanation of this, and, on his blog, Gerry Adams writes:

“The papers raise serious questions about the relationship between London and ‘Soon’.”

Adams questions information given by Duddy as logged in the British papers, using the words “not true” to dismiss a number of reported developments.

And, he writes, that “in negotiations ‘facilitators’ or ‘intermediaries’ can unintentionally or deliberately create problems by not relaying messages accurately”.

I have come to know Brendan Duddy in recent years, but I knew nothing of these codenames and codewords.

And, nor did the republicans dealing with him during the years of back-channel contacts.

There is no doubt that they will now argue that they were right in 1981 not to accept information that was coming through the channel at face value but to demand it from the horse’s mouth.

Republicans also point to another key paragraph in the recently released British papers – that when Danny Morrison visited the hunger strikers on July 5th 1981 the government had not yet committed to a deal designed to end the jail protest.

This is important because of the claim in the controversial book Blanketmen that Morrison on that date had communicated details of a deal that was accepted by the jail leadership but overruled by the IRA Army Council.

And this became the war-of-words over whether the lives of six of the hunger strikers could have been saved.

Morrison believes that argument is demolished with the latest release of British papers.

Thirty years ago the British Government and the republican leadership were not speaking directly.

They were still at war.

There was an enemy relationship, and, so, the need for a back channel.

But the more we read about this type of secret process, the more flaws we identify.

And, for those elsewhere still locked in conflict, that is the lesson in this.

That there is no substitute for face-to-face negotiations and you can only really believe it when you hear it for yourself or if you have it in writing.