You are at:Home»News & Current Affairs»Opinion»Chez Darren or where for elite golfers at Irish Open?
Social share: 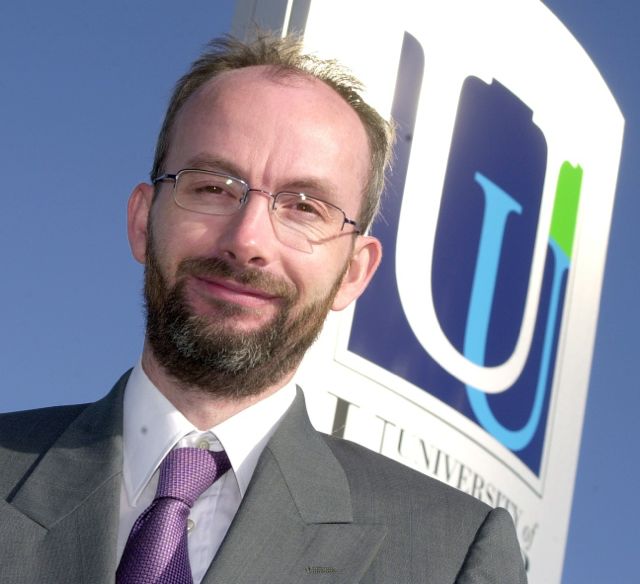 To the observer looking in, Northern Ireland is a country that is transforming itself as a tourism destination. Since 2004, it has enjoyed approximately 2 million out-of-state visitors (the number has vacillated between 1.9 and 2.1 since then, with 1.9 million recorded for 2009); not bad for a small destination on the northern periphery of Europe. 2012 will see the completion of a number of major infrastructural projects, referred to as signature projects designed to provide international standout; the Titanic Visitor Attraction (opening March 31st) and the completion and opening of a new visitor centre at the Giant’s Causeway World Heritage Site (WHS) later in the summer. Our Causeway Coastal Route is globally recognised for breathtaking scenery; we have some of the most spectacular beaches along our shores; Belfast today according to the current Lonely Planet guide for Ireland offers visitors a ‘hip and vibrant city centre’, and we have demonstrated our ability to host mega events such as the Tall Ships and more recently the MTVs EMAs. The latter developments are especially significant as event hosting has emerged as a major corner stone of the strategy of most tourism destinations, as well as the focus of many individual visitor attractions.

The Tall Ships and the MTV EMAs events however raised some concerns over our current infrastructure and our ability to deliver for our visitors; the former led to major concerns over congestion, while both (obviously at different times) filled virtually all bed space within the Greater Belfast Region. Outside of accommodating unique events, occupancy rates for serviced accommodation (hotels, B&Bs and guesthouses) is a healthy 58% across the Province as a whole; with an average across the Greater Belfast Region over the summer months of between 60-70%. It is expected that the Titanic visitor attraction will bring considerably more visitors to Northern Ireland (particularly American) and will add further pressure on our existing accommodation stock; it is impossible to state how many of the 450,000 visitors the attraction expects to receive will be first time visitors to Northern Ireland, but if they are ‘pure’ holidaymakers they will need to find accommodation. Can Belfast or any region of the Province meet the additional capacity demands that come from hosting of more and more unique and mega events? Belfast alone has just slightly over 4000 rooms (serviced and non-serviced accommodation) to cater to large corporate conferences, opening ceremonies of events, concerts, families and short-break travellers to name but a few. Will that be enough given new demand?

Expectation over the next number of years will see greater numbers visiting Northern Ireland, taking in the celebrations of Londonderry/Derry as the UK City of Culture over 2013 and the hosting of the World Fire and Police Games in the same year, and with the return of the Tall Ships not long after that Northern Ireland is positioning itself as a place that has the desire to host mega events. The 2020 Tourism Strategy also calls for a growth of visitors to 4.5 million; where the proportion of pure holiday visits will be expected to rise.

At the present time, the serviced accommodation can cope as it only accounts for a third of all Out-of-State visitors; the vast majority (59%) of our visitors stay with friends and relatives, but as Northern Ireland shifts towards being viewed as a tourism destination, that percentage would be expected to rise. Given that scenario, there is a need for more serviced accommodation as the current stock of hotels, for example, has not changed that noticeably over the last ten years; 133 in 2001 compared to 137 in 2011. There is also a lack of quality accommodation at a 4 star or above (equates to 21%), as the majority of hotels across Northern Ireland are classed as either having a 3 star or are graded as ‘unclassified’. Yes, we can cater to the budget-conscious visitor, but less than 30 quality hotels across Northern Ireland (Belfast has 8 of these) should be a cause for concern for a destination getting serious about tourism. When one drills down to regions, the picture is even more alarming. Across the north coast (our second most important region after Belfast for tourism) there are only 2 four star or above hotels. Not what you want to offer to discerning and high quality visitors such as, for example, golf enthusiasts. While the recent announcement of Portrush playing host to the Irish Open Golf tournament in June is fantastic news for Northern Ireland (testimony to the fact that we are the home to three renowned professional golfers), the absence of quality accommodation nearby will alarm some of these visitors, requiring them to look for accommodation in Belfast and Londonderry/Derry, and maybe even further afield.  Even when you factor in non-serviced accommodation, i.e., self-catering, hostels, the total bedspace for the North Coast (Coleraine and Moyle District Council only) comes to only 8188; this equates to 21% of total bedspaces across Northern Ireland as a whole). Major golf tournaments will attract numbers well in advance of this figure, so there may be challenges ahead in meeting the anticipated demand for this particular event. But more worryingly would be their perception of the region they take away with them. Portrush once a thriving seaside destination is struggling to rejuvenate itself; this made even harder in a difficult economic climate. A recent Portrush Regeneration Strategy has to date failed to bring new quality accommodation and visitor attractions to the resort.

As a Province we need to be seen to be investing more in our tourism industry, our key tourism regions, to maintaining public sector investment, to encouraging greater private sector involvement in the provision of new accommodation or make improvements to existing stock, but also equally to build new visitor attractions. Northern Ireland has come a long way in a relatively short time, but compared to other parts of the United Kingdom we have so much more to do. In 2009 tourism in Northern Ireland contributed £1.49 billion (direct and indirect) or 4.9% of our Gross Domestic Product (GDP), this is compared to £11.1 billion or 10.4% for Scotland and £6.2 billion or 13.3% for Wales.  (It would be grossly unfair to compare us with England given its size and diverse tourism base which contributed £96.7 billion or 8.6% of their GDP.). In terms of jobs tourism in Northern Ireland directly and indirectly supports 40,000 jobs (5.6% of our workforce) and was seen as a sector that demonstrated great resilience over the recent years of recession, with jobs losses of only 1.7%.

2012 looks bright for tourism and the years beyond equally look encouraging, but it is time as a Province that we get serious about an industry that can serve as a pillar of our economy and strategy for growth and that starts with ensuring we meet new and anticipated demand.

Social share:
Previous Article“Women will vote with their feet” in PIP scandal
Next Article The Eamonn Mallie Daily

Professor Stephen Boyd was born in Northern Ireland and did his undergraduate studies at Queen’s University, Belfast, graduate studies in Canada at the University of Regina and obtained his PhD from the University of Western Ontario, Canada. He is an ex- geographer who moved quickly into tourism, teaching tourism at Staffordshire University, England, the University of Otago, New Zealand and the University of Ulster, Northern Ireland, where he holds the chair in tourism. His research has covered many areas, but he is best known for his work on heritage tourism, marketing and managing World Heritage Sites and the relationship between national parks and tourism. He is currently researching political tourism and the interconnections between religious and political tourism. He is the Masters Coordinator of all taught programs in his Department, including Master’s in International Tourism Development, International Hotel and Tourism Management and Event Management.