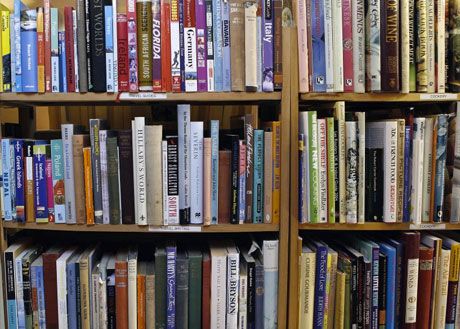 I have mostly forgotten the books I plodded through when I was a young boy, but it probably included a fair share of Enid Blyton, Janet and John and Ladybird. Yet the first one to leave what turned out to be a lasting impression was an illustrated, heavily abridged, child-friendly version of Oliver Twist. I read it in August 1964, a few days after my ninth birthday and almost three years to the day after I had been adopted. The reason it remains a lasting memory, embedded with a select group of character-shaping moments stored in my lumber room, is that the very fact I read it at all and read it by myself, represented a huge triumph for me and for my new parents.

When I left the orphanage in the mid-summer of 1961 I was accompanied by an official report: a report which stated that I was “certainly slow and very probably educationally sub-normal.” My parents had to sign another form, a sort of disclaimer if you like, in which they acknowledged that they had been “fully appraised of my social and mental inadequacies.” Whatever happened to me or however I turned out, it was quite clear that I wasn’t coming with a money-back guarantee or returns option if it became clear that I was even faultier than they had been led to believe!

I still have no idea why I ended up in an orphanage. I have, of course, thought about it on many occasions and I do have the legal right to track down the information. It was never a case of not wanting to know; it was simply that my adoptive parents gave me a wonderful life and provided opportunities that I would probably never have had. Anyway, I arrived in the orphanage when I was four: and I have absolutely no recollection of anything that happened to me while I was in there, or of my life prior to the orphanage. Every single moment and memory of my life before adoption has been locked away in the very deepest recesses of my mind: locked away there because it’s how my brain has decided to deal with my early experiences. So, no matter how often I wonder about those days, and particularly about my birth mother, there remains a part of me which does not want to unlock and release those first memories.

I had a lazy eye when I was younger (which I still have) and was taken from the orphanage to a nearby clinic to have it looked at by an orthoptist. I visited her on about a dozen occasions and she arranged for me to have surgery. Not once in all of those visits did I speak to her.

Her name was Adelaide, she was in her mid-forties and she was married to Sam, who was in his mid-fifties. They hadn’t been able to have children and, from what she told me many years later, they had accepted that fact. They had jobs and a social life they enjoyed. They were comfortably off and the issue of adoption had never crossed their minds.

Yet I intrigued and entranced her. She had been given access to part of my file and had initially accepted the line that my lack of communication could be attributed to the certainty that I was backward. Yet that’s not what she saw. As she put one instrument after another up to my eye and stared in, she reached a startling conclusion: she decided that I was lonely, scared, traumatised and utterly isolated. She also concluded—with no visible evidence whatsoever—that I wasn’t stupid.

Over the next year—although I wasn’t aware of any of this at the time—she arranged for me to see two psychiatrists and she spent some time meeting me in the orphanage itself. The view of her psychiatrists was the same as the orphanage’s one—they all believed I was demonstrably of a very low IQ. The first memory I do have from that time was of her—and a man standing beside her—asking me if I would like to stay with them for a while. I nodded.

I arrived at my new home at the end of July 1961. Adelaide spent around three hours a day just reading to me. I was sent to elocution lessons. She would cut out pictures of anything and everything and pin them around the house. Sam, who worked for the Ministry of Agriculture, took me with him to work and I was allowed to wander with him across fields and farms. I went to a very small nursery and began a very painful process of intermingling with other children (apparently I spoke to no-one for the first six months!).

During that first six months or so I did learn to say yes and no. I could repeat words and sounds. But my circle of communication didn’t extend beyond Sam and Adelaide and the woman who took me for elocution. I didn’t have anything that, even by the very broadest definition, amounted to a conversation. I never spoke to the neighbours or family friends who arrived at the house. I hid behind Adelaide everywhere we went. I now wore round glasses, often with a patch over one of my eyes and refused to make eye contact with anyone I met. I was capable of rages, when I just wrecked everything around me and often ended up kicking Sam and Adelaide.

Yet they never gave up. No tantrum was insurmountable. No set-back was a set-back too far. No bed-wetting was ever too much to cope with. No book thrown across a floor or down the stairs was an indication that they should give up. No amount of silence or the lack of any sign of a breakthrough was enough for them to accept that the psychiatrists might have been right after all.

Then, on March 14, 1962, just after two in the afternoon, something happened. I looked up at Adelaide and said; “You said that was an apple, but isn’t it really a pear?” I still remember her flood of tears and her hug. More important, though, I remember hugging her back. Okay, it’s not up there with “Dr. Livingstone, I presume?” or “That’s one small step for man, but a giant leap for mankind,” but it was my breakthrough into a new world.

The cornerstone of that world was books and words. There was no television in the house, but there were books, newspapers and magazines everywhere you looked. There was a radio in every room. It was a house filled with words and thoughts and an atmosphere which encouraged the use of those words and the toying around with those thoughts. Yes, I still struggled with lots of those words and I struggled to make myself coherent but I knew, knew beyond all doubt, that I was a normal and valued part of this world.

That child-friendly edition of Oliver Twist—a present on my ninth birthday—was the first book I read from cover to cover by myself. I say first book, because even though I had read smaller, easier books, this was the one that kick-started a passion for reading that has never left me, nor lessened in its value. Reading has sustained me during my darkest hours: inspired me, enthralled me, emboldened me. It has given me the courage to stand up for myself and the determination never to be a stand-in-the-corner-shrugging-my-shoulders observer of life.

So yes, I do worry when libraries close, when bookshops shuffle off into oblivion and when too many adults, as well as children, hover behind computer screens, mobile phones, game-boxes, televisions and i-pods. I worry when increasing numbers of children don’t read for pleasure and when research indicates that Harry Potter was a passing fad who hasn’t pushed most of his readership base into other fields and worlds of literature. I worry when pupils today are required to ‘know of’ Hamlet and Macbeth rather than read the entire plays. I worry when words are cut down to suit the speed requirements of texting and e-mailing, rather than being thought about and used with precision. I worry that so many school children in post-primary education use word processors and spell checkers rather than pen, paper and dictionaries.

I have written before about the importance of language. Words define and shape us. They prise open our minds and tease us with thousands of wonderful, tumbling-over-each-other possibilities. A good book is worth a thousand computer games. A well told story is worth another thousand must-have i-phone apps. The ability to persuade or explain or champion an idea or opinion is worth a thousand victories on a simulated battlefield.

I have just finished a book, “Never in a Million Years: A History of Hopeless Predictions.” The chapters on the workplace and leisure make much of the claims that we would have increasing amounts of time to ourselves as we reached the end of the twentieth century. That turned out to be a reasonably accurate prediction, but it strikes me as very sad that so little of that extra time is devoted to literature, ideas and words. Yet, as Dr. Seuss says:

“The more that you read, the more things you will know,

“The more that you learn, the more places you’ll go.”

Social share:
Previous ArticleCombatting killer infection in Royal Victoria Hospital
Next Article Letter from San Francisco: The innovators are hustling and the optimism is rising…