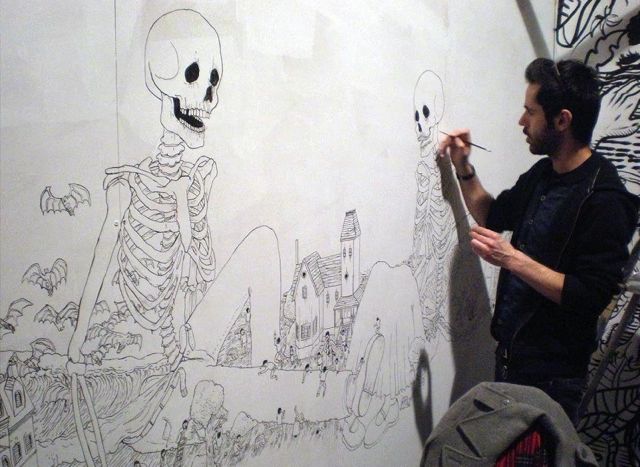 Rewind to December 2011. Entering the Golden Thread Gallery to view the exhibition titled ‘Hope is a thing with Feathers’, curated by Sarah McAvera, a collection of 30 Miguel Martin ink drawings is on show in the project space. Titled ‘All Good in the Manhood’ they appear as random stills from a horror movie. The drawings are arranged in three stacked rows, leaving the mind constantly darting between the pulsating rhythms of each element in this opera of horror. The disjointed narrative is an intelligent device that invites the viewer to construct a plot. In essence the work is completed by the imagination of the audience as they connect the dots. Violent. Surreal. Gothic. Sexual. Humourous. Lured into this strange but poetic world, it is challenging to select a favourite, in the end, I purchase three, ‘Bleeding Church’, ‘Shades’ and ‘Stake’. 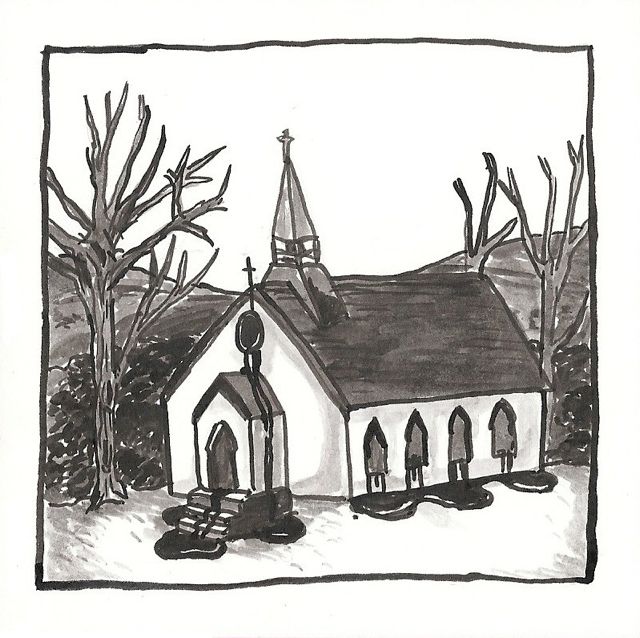 BLEEDING CHURCH from the series ALL GOOD IN THE MANHOOD (2011) Miguel Martin, Indian ink on paper, 10 x 10 cms

In a continuation of the dark themes explored by the revered Spanish painter Francisco Goya (1746-1828) and the disturbing world of English contemporary artists Dinos and Jake Chapman (1962- and 1966- respectively), Martin effectively combines his dark imagination with a visual commentary on 21st Century life. Executed in a playful comic-book style, the drawings with the most disturbing concepts will likely attract collectors such as Charles Saatchi.

Born in 1985, Martin graduated with a First Class BA Honours degree in Fine Art from the University of Ulster in 2008. Over the past 4 years, he has exhibited extensively in Northern Ireland, with five solo exhibitions and many significant group shows at Platform Arts, Black Box, Naughton Gallery, Royal Ulster Academy, PS2, Catalyst Arts and Parliament Buildings. He has also won many commissions and awards, notably from the Northern Bank and the Arts Council of Northern Ireland. In 2010, Martin exhibited in Italy with the John Erickson Museum of Art in the ‘Next Chapter’ touring exhibition at the Raccolte Frugone Museum, Genoa. In 2011 he held his first critically-acclaimed solo show in New York, ‘All Good in the Manhood’ at the Abrons Art Center.

Martin’s new 2012 series titled ‘The Playground’ was on show at the London Art Fair (17-22 January 2012) at the Golden Thread Gallery booth. A panoramic epic and 4 smaller Indian ink drawings were sold to international art collectors. An artist to buy into now, Miguel Martin is definitely an artist to watch. 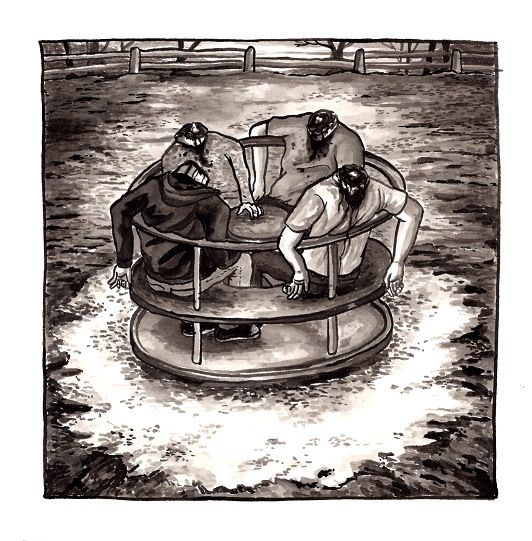 THE ROUNDABOUT from the series THE PLAYGROUND (2012) Miguel Martin, Indian ink on paper, 19 x 19 cms 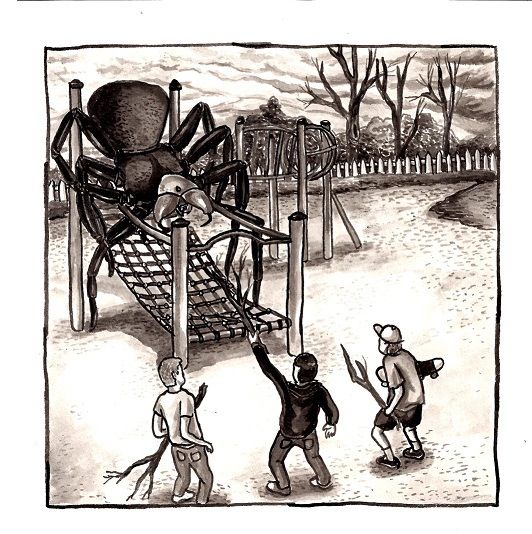 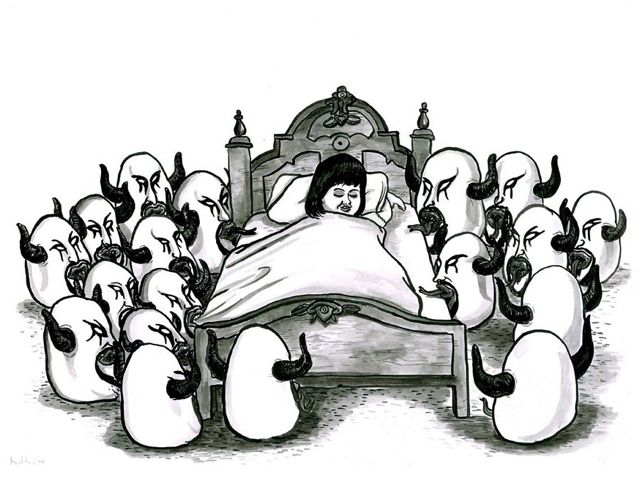