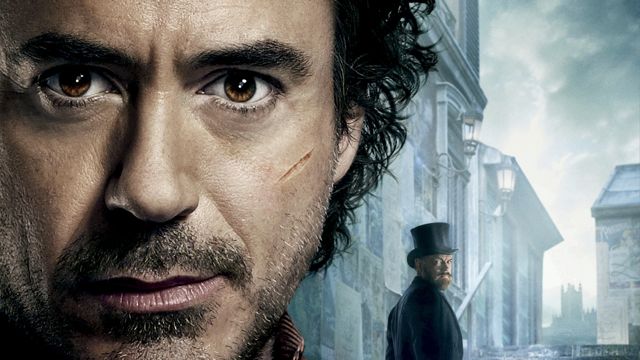 What is it about Sherlock Holmes? 117 years after Sir Arthur Conan Doyle tried to kill off the character by pushing him over the Reichenbach Falls with Professor Moriarty, he has refused to lie down for long. Indeed, a few years after his presumed death, Doyle bowed to huge public demand—and enormous financial offers from his publishers—and brought Holmes back to life.

Since then he has turned up everywhere: around 260 films, beginning with Sherlock Holmes Baffled in 1901 and, today, the Robert Downey Jnr sequel to last year’s box-office giant; hundreds of radio and television adaptations (including the BBC’s latest ratings winner with Benedict Cumberbatch); dozens of plays; a handful of musicals and ballets; thousands of parodies and pastiche; board games; computer games; statues; museums; and countless advertising tie-ins.

A world-wide opinion poll in 2000, to mark the new millennium, put Sherlock Holmes on the same recognition level as Christ, Mohammed, Buddah and Hitler (who was, as it happens, a fan of Holmes!).

It’s almost forty-five years since I discovered Holmes. I was recovering from a tonsillectomy and a visiting aunt brought me a collection of the stories. The first one I read was The Adventure of the Silver Blaze, which has the wonderful exchange:

“You consider that to be important?” he asked.

“Is there any point to which you would wish to draw my attention?”

“To the curious incident of the dog in the night-time.”

“The dog did nothing in the night-time.”

“That was the curious incident,” remarked Sherlock Holmes.

That, for me at least, is the essence of Holmes: the ability to deduce truth from the simplest and most unlikely circumstance. It’s all about the observation of trifles, observing rather than merely seeing, refusing to construct theories before you have the facts. Above the desk in my study I still have my favourite quotation: “When you have eliminated the impossible, whatever remains, however improbable, must be the truth.” I continue to apply that maxim to my work and writing.

There is an interesting little essay on Sherlock Holmes in Sebastian Faulks’ book: Great British Characters And The Secret Life Of The Novel. He rightly points out that ‘Conan Doyle created a hero who was morally good and exceptionally gifted, but also fascinating and believable, Significantly, however, he did so outside the mainstream novel and in what had not yet developed as such but would shortly become a genre of its own: the crime story.’

He acknowledges that Holmes has clearly transcended the stories that gave him birth, living now, as Conan Doyle himself forecast a century earlier ‘in some fantastic limbo of the children of the imagination, some strange impossible place where the beaux of Fielding may still make love to the belles of Richardson, where Scott’s heroes may strut, Dickens’s delightful Cockneys still raise a laugh and Thackeray’s worldlings continue to carry on their reprehensible careers.’

But I think that both Conan Doyle and Faulks have got it wrong. Holmes doesn’t live in some sort of limbo: rather, he is an omnipresent and unstoppable life force. Holmes is more than Hamlet, Lear, Othello, Fagin, Heathcliffe, Don Quixote, Robinson Crusoe, Harry Potter, Mr. Darcy, Robin Hood, Mr. Pooter, Jeeves, Ivanhoe, Captain Ahab, Atticus Finch or any of a hundred other characters who, once encountered, stay somewhere in what Holmes himself would have described as our “brain attic.”

For all of these characters are of their time. Yes, we may quote them and remark about how well they have stood the test of time and how they can be returned to again and again: but you don’t have to return to Holmes, for Holmes is here with us. You couldn’t lift Hamlet and give him new words to say, because the character would no longer work. You couldn’t find an unreachable place for Robinson Crusoe, Sherwood Forest is a tourist trap, whaling is outlawed, civil rights legislation has put Finch out of business and Harry Potter has grown up and married.

Even Star Trek’s Mr. Spock, who claims—or at least I’m pretty sure he did so in one of the feature films—to be a descendent of Sherlock Holmes, is firmly trapped and locked within his own parameters. Interestingly, in two episodes of Star Trek: The Next Generation (Elementary, Dear Data and Ship In A Bottle) Moriarty—nicely played by Daniel Davis—is recreated in holographic form and very quickly adapts to his new environment: so quickly, in fact, that he outwits the computer and takes control of the Enterprise.

Holmes is more than Batman, Superman, Spiderman or any of the other comic book heroes who don a disguise and mask to tackle villains and put the world to rights. They are always pitted against fabulously wealthy megalomaniacs who, lacking the intellect of a Moriarty or the ability to employ henchmen who can shoot straight, tend to come crashing to earth by way of a massive explosion or a collapsing dam. Let’s be honest, these soi-disant do-gooders wouldn’t recognise a first, let alone a second stain at the scene of a crime and their idea of the Red-Headed League tends to be the Joker’s cronies in fright wigs. We remember them from our early years of reading, but most of us have the good sense to pack them away with our other childish things.

And Holmes is more than Frankenstein, Quasimodo, Dracula, the Incredible Hulk, the Phantom of the Opera, Mr. Hyde, Hannibal Lecter or even Freddy Kruger. To my mind they are all one-trick ponies. They may have you scurrying behind the sofa or beneath the duvet when you first meet them, but it doesn’t take long to realise that they are all just glorified bogymen. Put them in a normal setting and they would soon be locked up or laughed back into that half-remembered world which parents conjured up to get us to stay firmly in bed once the lights were out!

Holmes defies the constraints of time, dimension or circumstance. Like Doctor Who he is capable of being put in any place at any time. But, unlike the Doctor, he is human and always the same Holmes in the same form. It is, I think, no coincidence that Steven Moffatt and Mark Gatiss—the writers behind some of the best episodes of the revived Doctor Who—are also co-creators of the new Sherlock series.

It is Holmes’ ability to defy time and circumstance which explains both his durability and flexibility. From adverts to wartime propaganda; from rebel to role model for just about every other detective; from quirky loner to international icon; from Baker Street in 1895 to Baker Street in 2011.

He has done it all. Come back from the dead, been transported to the 22nd century, defrosted in the 1970s, done battle with the Kaiser and with Hitler, dealt with Jack the Ripper and the Loch Ness Monster, disrupted Irish republicans, sailed on the Titanic, helped Father Dowling overcome a crisis of faith, been a source of inspiration for Wesley in ‘By The Light Of The Silvery Moon’ and spoken in just about every known language, including Esperanto and Sign.

Can you imagine Lear, or Don Quixote or even Doctor Who doing all of that?

Yet we still remember Holmes for the little things. The gentle handling of that bunch of ‘Violets’ who came his way; the letting off of the ‘miserable’ Ryder; the bending back of the poker after Dr. Grimesby Roylott had tried to bully him; that letter to Watson at the Reichenbach Falls; the delight on his face when applauded by Watson and Lestrade as he demolished Napoleon; his hands-and-knees-scene-of-the-crime routine at Boscombe Pool; and—one of my fondest moments—his advice to Eugenia Ronder, ‘The example of patient suffering is in itself the most precious of all lessons to an impatient world.’

In his introduction Faulks writes; ‘Sherlock Holmes was perhaps the purest example of a hero-as-main-character that a British writer has contrived. Holmes has aspects of the demigod. We don’t know if he was held by his heel in a river of immortality or formed on the planet Krypton, but he behaves as though something of the kind had happened in his youth.’

For me, though, Holmes’ greatness and timelessness rest on his thirst for justice and the enormous depths of his compassion. Those qualities are timeless and so, too, is humanity’s desire to embrace their ongoing existence. Sherlock Holmes lives because of what he represents and because we—all of us—need someone to champion those qualities anywhere and always. Holmes is everyman writ large: that one person we would want at our side when all else had turned against us. He lives! Thank goodness.

Social share:
Previous ArticleWhat’s the story?
Next Article The week in sport