You are at:Home»Fashion and Style»Maybe some day we’ll all be swinging Chanel bags with our Tesco bags
Social share: 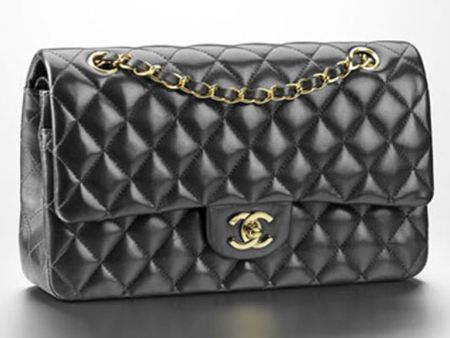 AS fashion iconography goes, this is the Godfather; quilted leather, gold double-chain strap and the interlocking ‘c’s on the front. The Chanel 2.55 handbag. Starting price £1, 200, it epitomises the ethos of designer luxury; elite and inaccessible to the masses. God bless you if you have one.

Most of us reluctantly bypassed the expensive 2.55, instead longing after pictures of Jackie O and Kate Moss, with the coveted accessory swinging from their celebrity shoulders. We shuffled sadly into the supermarket clothing aisle.

Chanel 2.55 look-a-likes were just the beginning of an enterprise which has fundamentally changed the face of the fashion industry. Interpreting high-priced designer luxury has become the means for the high-street to survive.

Things intensified in November 2004. Karl Lagerfeld designed an exclusive collection for H&M and, at once, the designer/high-street collaboration was born.

“A lot heard about it through the mobile phone app and adverts and the first batch we let in was 20 – but there were at least 30 outside when we came in” Deborah Livingstone, floor manager, told the Belfast Telegraph.

Customers entered the shop in small batches, were allocated wristbands and allowed 10 minutes to purchase any items. Many were left disappointed but for the lucky shoppers, this was a chance to wear real designer clothes on a budget. (Well almost – the cheapest Versace for H&M dress still costs £79.99.)

The recession has bred a necessity for fashion to become inclusive and attainable. H&M has answered the prayers of those who just longed to hold haute-couture in their hands, whilst also increasing its own sales. Designers too have reaped the rewards of attracting a more mainstream customer base and widely communicating their signature styles, beyond the catwalk.

However, as these entities continue to merge, we’re left looking at the birth of something beneficial but potentially confusing. It starts with the luxury appeal of designer fashion becoming diluted, continues with an uneconomical high-street and ends with both sides compromising their unique selling points.

Nevertheless, as revenue increases on all fronts, the great collaboration wave gains momentum. Just last week H&M announced their new collection from Marni and, no doubt, have more big names in the pipeline.

The two faraway worlds of high-street and designer, long occupied the same industry so perhaps a hybridisation was always inevitable. Maybe some day we’ll all be swinging Chanel bags with our Tesco bags.

Social share:
Previous ArticleNo Alibis but he is the last man standing…Meet David Torrans, a dying breed
Next Article Letter from Cambridge – by Patrick Fee