You are at:Home»News & Current Affairs»Opinion»Letter from Cambridge – by Patrick Fee
Social share: 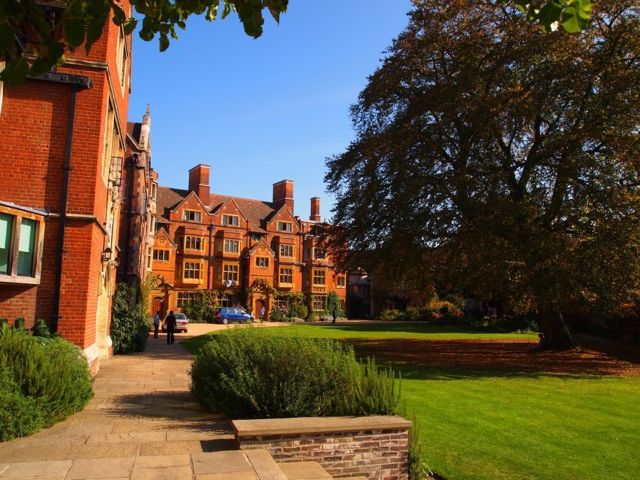 Looking back at my first term in Cambridge, my overall experience has been hugely enjoyable. That is not to say that I haven’t had many a late and stressful night grappling with an essay which feels like it will never be finished, but the work is interesting, as are the people, and by the time next term comes around I’m sure I’ll be glad to get back. For now though I’m glad to be home and have a chance to catch up with friends and family and recharge the batteries after an exhausting eight weeks.

It’s been a definite change going from life at school in Belfast to life at University in Cambridge, not least in the sheer quantity and difficulty of the work which I am expected to do. It’s been well balanced this term not only with my new friends within the college, but also within the University’s vibrant Irish society which organizes events throughout the term, providing a very welcome link with home.

College life itself took some getting used to, not because I didn’t like it from the outset, but rather due to the bizarre nature of the collegiate system. You live and eat and socialize almost entirely within the confines of what is, in my case at least, a relatively small college, composed of around 300 undergrads. It creates a strong sense of community and ensures that even the most shy members of the college have an opportunity to be made to feel welcome by their peers. It’s an odd microcosm almost entirely removed from real world issues, complete with your own set of college parents, spouses and eventually children. It all seems perfectly reasonable whilst you’re there, and it’s really only when you try to explain these things to people at home that you realize how absurd it all seems.

In the final few weeks of term there was great commotion following a talk due to be given by David Willetts, the Minister for Universities and Science, which was interrupted by an anti-fees demonstration. The demonstrators stormed the stage and occupied the lecture hall for more than a week afterward. This in itself was dramatic enough, but what followed within the university was perhaps even more surprising.

I had expected to see widespread support for the action amongst the largely young and liberal student body, who had only last year mobilized huge numbers to protest in opposition to the government’s plans to increase tuition fees. The action was not however greeted with universal enthusiasm.

Many college JCR Presidents, including my own, spoke about their unhappiness with the secrecy with which the demonstrators, members of Cambridge Defend Education, had planned and carried out the demonstration. There is no doubt that the genteel world of Cambridge student politics found such drastic action very difficult to stomach. Ben Russell, president of the JCR in my own college, who, to his credit, works tirelessly to improve the lives of the students he represents, typified the general unease about circumventing the normal political process. He told the Student Union Council that he was “really rather angry” about the occupation.

Perhaps having grown up in Belfast I’m somewhat desensitized to unconventional politics, but I was amazed by the discomfort that the occupation caused.

All in all it’s been a great few weeks, stressful at times, often challenging but always an amazing and enjoyable experience.

Social share:
Previous ArticleMaybe some day we’ll all be swinging Chanel bags with our Tesco bags
Next Article What’s the story?

My name is Patrick Fee, I am 19 years old and I was born and raised in Belfast. This year I am attending Trinity Hall College, Cambridge and I am studying Politics, Psychology & Sociology (PPS).