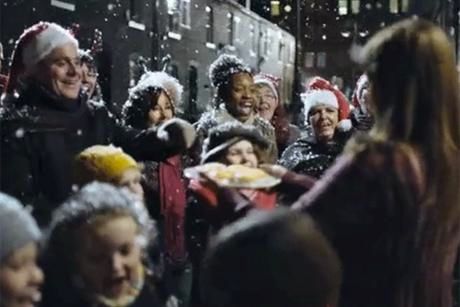 I know that it is rare to be able to draw major conclusions from anecdotes, but maybe they flag up an issue that might otherwise go unnoticed. In the week before Christmas I was in two different supermarkets, and found myself talking with two checkout operators each of whom was virtually in tears. One said to me that she hadn’t wanted to come into work that day because of ‘what I had to put up with yesterday’.

Alongside that, a young mother told me that she had been squeezed out several times while driving her car in the centre of Belfast, and had been rather frightened by what had happened to her.

Yet alongside these examples of rudeness and selfishness, there have been stunning acts of kindness and great goodwill. For example as in this report from the Down Recorder on 21 December: The (Latvian) family was homeless, belongings in a few small suitcases, and had not eaten in two days when they were befriended by Downpatrick building contractor, Oliver Sloan. Having been forsaken by the Housing Executive and Social Services, the family was desperately trying to find somewhere to live as freezing winter weather gripped the district.

And on Christmas Day itself, various charity and church groups such as the Crossfire Trust in Darkley, and City Church in the University area of Belfast provided Christmas lunch and much much more.

Yet my overall impression is that we are living in a society that is becoming ever more aggressive and short of compassion, never mind the loss of the not-so-common ‘common decency’. Even political discourse in the run up to Christmas seemed very short of both worthy content and empathetic understanding. It is ironic that one of the few publicly consistent messages of good will came from a leading supermarket chain with its advertising campaign ‘Keeping Christmas Special’.

We put a great of effort into promoting ourselves as a people and place that offer a warm welcome to overseas investors, tourists and MTV. Is it not sadly hypocritical that our public valuing and welcome generally seems to be limited to those who bring money and publicity? We still struggle to appreciate each other, and that makes me nervous that any compelling new Cohesion, Sharing and Integration policy is still a very long way off. We simply can not – and should not – look to government to make the needed changes in hearts and minds that would make the season of goodwill last throughout the whole year. One good starting place might be to appoint Oliver Sloan to the board of the Housing Executive.

Social share:
Previous ArticleWas Seamus Heaney making a statement in donating his manuscripts to the National Library of Ireland?
Next Article The Eamonn Mallie Daily