You are at:Home»News & Current Affairs»Opinion»Is it possible that a radio DJ has become more effective as an ‘official opposition’ than some of our MLAs?
Social share: 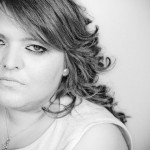 CURRENT affairs, politicians, The Assembly, are you still there? Just listing these words is enough to drive some readers to a more appealing story over the page. These dry, stuffy, perceived high brow topics send many people screaming to the entertainment section.

In the last election, held Thursday May 5 2011, 45.5% of people registered to vote did not vote. A total of 551,383 people made the decision that they did not need to go out and vote. This was one of the lowest ever turn-outs in the history of Northern Ireland. At a time when there is nothing but doom and gloom, and cuts on top of cuts to public services, almost half of the voters chose to neglect their opportunity to have a voice at Stormont.

On Wednesday December 15, a small questions and answers session was held at Stormont, between Belfast Met students and MLAs David McClarty, John McCallister and Stephen Agnew. Of the many questions posed, the answer that lacked-lustre the most was, “How are you going to encourage people to get out and vote?”.

Stephen Agnew, MLA for North Down and the leader of the Green Party in Northern Ireland, weighed in first to answer. Mr Agnew spoke impressively of a sound knowledge of the social networking sites Twitter and Facebook. Mr Agnew was confident that the twittersphere is the place to be seen and heard.

The Green Party leader then moved on to assure all that he was ‘hip’ to what young voters enjoy by reconting a tale of a ‘flash mob’ he had attended recently. Although it was quite an entertaining anecdote and all in all a well delivered answer, Mr Agnew, in the truest fashion of a politician, did not really answer the question.

John McCallister, MLA for South Down and deputy leader of the Ulster Unionist Party, followed Mr Agnew. The UUP deputy leader first agreed that yes social networking was an excellent way of reaching a wider and younger audience. Mr McCallister then offered up the wisdom that if politicians are seen to be doing good, they will be seen as good and hopefully, worthy of your vote. This of course did come across a tad naïve. Almost half of the registered voters are clearly only seeing the bad. Two speakers so far, and not a relevant issue – unemployment, rates, NHS, university fees – mentioned yet.

Of all the answers, David McClarty’s, Independent MLA for East Londonderry, was the most original. He decided to side step the question with a ‘did you know…’ answer. Mr McClarty introduced some of the more tactical campaigning methods used. The East Londonderry MLA explained that in most cases parties do not canvas for new votes, but rather try to encourage existing voters away from their traditional candidate. What I took from the answer, although it may not have been Mr McClarty’s intention, was that if you do not vote you are not a high priority around election time.

All answers heard, and not an answer in sight. The overwhelming message received was that if you do not vote, no one will chase you. You, the 45.5%, are not missed. There is no grand design in place to encourage you to come out for your candidates. If you are waiting to be wooed, you will be waiting a long time.

Is it possible that a radio DJ has become more effective as an ‘official opposition’ than some of our MLA’s? Although, Mr Nolan does have your support.

Social share:
Previous ArticleLisbeth Salander is a dexterous enigma; a new generation pop-culture heroine
Next Article Logie’s review of the year in sport

Sarah is a current NCTJ student at Belfast Met. Before this she studied BA Modern History at Queens. Sarah wrote for insideireland.ie at the start of this year. Before starting the course she dabbled in production and worked on several shows with BBC NI including Festival Nights, Belfast FM, Sunday Morning Live and VT's for The One Show.