‘An unwelcome diaspora’ was how Sir Richard Nichols, former chancellor of the University of Ulster, described the ‘haemorrhaging’ of thousands of talented graduates from Northern Ireland to Great Britain.

That was in March 2005, back when nobody knew we inhabited a bubble blown by bankers through a hoop of property developers. Since then we’ve entered the worst recession since the Great Depression, and as the Labour government ceded power, a note left at the Treasury by Liam Byrne sent shivers down the Barnett Formula. 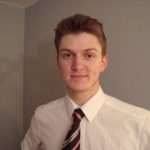 If Ulster was unattractive six years ago, right now it’s looking ugly. In the academic year 2005/06, 4% of leavers from higher education in Northern Ireland were unemployed six months later, according to annual figures published by the Department of Employment and Learning. In the year 2009/10 that figure rose to 9%.

The rate of unemployment among graduates is still better than non-graduates, but that means little to young people who have spent years studying on the more affluent mainland. Of those Northern Irish who left further education in Great Britain in 2009/10, only 39% came home.

Many people regard this as an inevitability of being part of the United Kingdom. London’s magnetism has drained many provincial parts of the UK of their most aspiring young people; earlier this year Wales’s first billionaire Sir Terry Matthews called upon the Welsh Executive to do more to retain their graduates.

Yet the scale of the exodus from Northern Ireland suggests that something unique is going on. The problem usually starts at the UCAS form. For many students university is a chance to declare your independence, and the prospect of being within an hour’s drive from mum and dad does not appeal.

For Anna Montgomery, a 23-year-old student at the University of Strathclyde, this was a major factor: “I wanted some independence. I see people who stayed in Northern Ireland for university going to the same clubs as they have since they were sixteen, seeing the same people, bringing their washing home at the weekends for their mum and I couldn’t bear it for myself.”

The same was true for Naomi Young, a 22-year-old classroom assistant: “I just wanted out… Before I applied to university I knew staying in Northern Ireland was not an option for me, I wanted a change that wasn’t offered in Belfast or Coleraine. Birmingham was a big city where nobody knew me and I could go on my own.”

Many of the graduates who seek work on the mainland express pride in being Northern Irish, and want to return home in the future. But that prospect often seems unlikely when friends and careers become established elsewhere. Emma Herron, a freelance stylist in London, says: “I would eventually like to return home to settle down, but with the current economic climate that still seems a while off.”

If jobs and relationships don’t prevent graduates from returning to home, often cultural attitudes will. Rachel, a graduate of Cambridge University, believes Northern Ireland suffers from its image as a backwater: “Northern Ireland isn’t seen as innovative or up to date. To other people it can seem like there is not much going on there and I think this is how young people think they are seen by others. When I started university I made a conscious effort to tone down my accent to fit in and to make it less obvious that I was from Northern Ireland.”

Another Cambridge graduate, who did not wish to be named, said: “I think that many young people feel disdain towards Northern Ireland. People see Northern Ireland as embodying bigotry, small-mindedness and backwardness… Employment of graduates in Northern Ireland undoubtedly still functions on a ‘who you know’ basis.”

Stephanie Wilson, a twenty-two-year-old on her gap year, observed similar practices: “A girl I met in Edinburgh studied to be a nurse, now she is back in Northern Ireland she feels at a disadvantage because nursing students from Belfast have more contacts in local hospitals through their nursing placements, and are more likely to be offered a job.”

A lack of accessibility and transparency in graduate recruitment here often seems at the heart of our graduates’ frustration. Neill George graduated in July, he says: “Speaking to loads of recruitment agencies and several employers, I have come to realise that there is little understanding of the term ‘graduate scheme’ or ‘entry level job’ here.

“The main route to graduate employment is through a government scheme, and to be applicable for this you have to be in receipt of Jobseeker’s Allowance for thirteen weeks.

“Job advertising in Northern Ireland, particularly online, is atrocious. Any websites that do exist are poorly developed, maintained, and very seldom updated with new opportunities. Even where there is good infrastructure, such as on Monster.co.uk, Northern Ireland is underrepresented. I feel like I’m missing out on some big, secret, list of vacant positions.”

Social share:
Previous ArticleCold comfort in the short term on Corporation Tax? Listen to find out the latest from Sammy Wilson
Next Article The wonder and the sheer oddity of American politics – by Alex. Kane