You are at:Home»News & Current Affairs»Opinion»Freedom of speech – a double-edged sword – by Tanya Coulter
Social share: 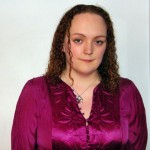 Never has a generation held such a responsibility to the preservation of freedom of speech.  The past decade has shown us just how important freedom of expression remains in society, while also reminding us of its fragility.

The ‘Arab spring’ showed us the power of social media, sparking protests and calls for democracy across the Middle East.  We have seen regime change and witnessed the power of passionate people mobilised to a cause.  Scandals have been exposed, fraudsters unmasked and inequality laid bare, while Barack Obama’s election showed us the true power of great oratory.

In Northern Ireland we are uniquely positioned to understand the power and promise of language.  We have seen it used to unite and divide communities, to enrage allies and to enlighten foes.

Free speech’s current challenge comes from the Leveson enquiry.  As we begin the ethical and legal tug of war between the rights of privacy and free expression, we must remember the sacrifices made in the pursuit of this freedom, and the valuable contribution its use by the press has made.  At the opening of the enquiry Lord Leveson himself posed us a philosophical question on its future – “Who guards the guardians?”

Along with regulation and censorship perhaps we would be wise to consider another, rather more insidious enemy.  Professional controversialists such as Jeremy Clarkson are often cited as champions of free speech and it is true that the rights of Clarkson and his contemporaries to express their views must be firmly defended.

However we should not confuse defence with permission.  When boundaries are overstepped without just cause or complaint we must call those responsible to account.

Belfast’s lord mayor Niall Ó Donnghaile’s refusal to shake the hand of a young army cadet and Channel 5’s Matthew Wright’s ill advised joke regarding the murder of a 16-year-old boy both resulted in what could charitably be defined as apologies.  This has prompted cries that forced apologies from people trying to keep their jobs serve little purpose beyond PR and platitudes.

However the true benefit of these statements lies not in the apology itself but in the recognition that their actions have been publicly rejected.  It shows us to be our own guardians.  It teaches us that the freedom to speak should be carefully balanced with the wisdom not to.

If we truly value our freedoms we must work hard to ensure we do not abuse them.  We must recognise that with great power, and let us not forget how great a power free speech is, comes great responsibility.

The fact is we are not just the beneficiaries of these hard won rights but their custodians.  We are charged with protecting them, not just from those who would seek restriction through law and censorship but equally from those who would misuse or trivialise them – threatening their very survival.

Social share:
Previous ArticleWatch the week in sport with Logie…from a windy garden
Next Article Gourmet evening with Yellow Door’s Simon Dougan at the Ulster Museum

Tanya Coulter is a trainee journalist currently studying the NCTJ (National Council for the Training Journalists) diploma at Belfast Metroplitan College. She previously studied Politics at the University of Westminster, London.