You are at:Home»News & Current Affairs»Opinion»“A journalist? You want to be… a journalist?….well, good luck to you”
Social share: 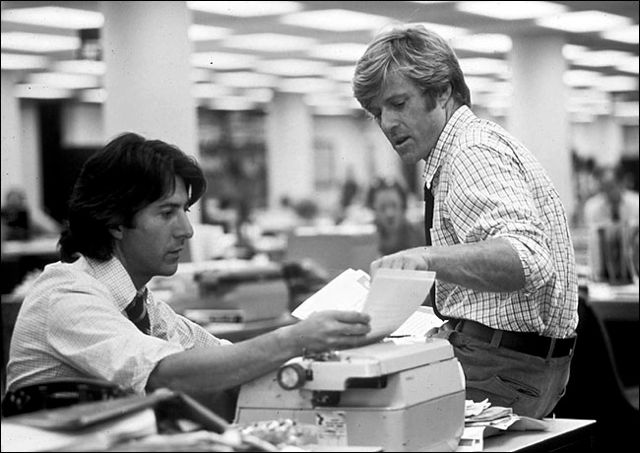 “A journalist? You want to be… a journalist?” Oh, but if I had a pound for every time I’ve heard those words. “Yes,” I respond. A sigh and a roll of the eyes: “well, good luck to you.”  I still don’t know exactly what it is about journalism that raises eyebrows. The phone-hacking scandal hasn’t helped, but people would gasp when I told them I’d like to be a journalist long before we knew about the shenanigans of certain hacks at the News of the World.

It wouldn’t concern me if it wasn’t that their scepticism seems to be echoed by those within the industry itself. This latter scepticism is more informed, and that makes it more alarming. The majority of working journalists I have spoken to have tried to warn me off following in their footsteps; some are merely being humorous, others are deadly serious.

For a young graduate trying to get a foot into the world of news and media these are foreboding signals; contemplating my future can often make me feel like Frodo as he surveys Mordor. The newspaper industry appears to be in crisis; circulation continues to plummet and advertising revenue falls correspondingly. Staff jobs are like gold dust and usually only awarded after months of working for free. If you do obtain a job rent will still be a struggle, and hours will be spent in the office when everybody else is in the pub.

Yet, as I write this, I am reminded of a joke from Woody Allen’s 1977 film Annie Hall. As two old ladies eat lunch, one says to the other, “Boy, the food at this place is really terrible.” The other replies, “Yeah, I know, and such small portions.” No matter how frightening the prospect of being a journalist may appear, nor how many times aspiring hacks share horror stories of abuse received while doing a vox pop, our primary complaint will always be that there aren’t enough jobs for us all.

This is because despite the low pay, despite the long and irregular hours, and despite the verbal abuse that often comes with being a journalist, there is an enduring fascination with the profession. (As an aside I would recommend the reintroduction of smoking in the workplace and compulsory wearing of trench coats and fedora hats for reporters, in order to exploit fully the aesthetic potential of the newspaper industry).

I do not know what my future will bring, and I acknowledge the possibility of rereading this article several years down the line and describing it with a four letter word. But I like to think that when people raise their eyebrows at my chosen profession, amidst the surprise and confusion that they feel, there is also just a little bit of envy.

Social share:
Previous ArticleWhat’s the story?
Next Article Letter from Calgary (In the Shadow of the Rockies) – by Colum Quinn