You are at:Home»News & Current Affairs»A friendly word to Rory McIlroy – “let your play do your talking”
Social share:

The interview with six-times Major Champion Nick Faldo in 2007 offered important words of wisdom. He was talking to me about Rory McIlroy, the then teenage golfer who was about to step into the professional game and its big money tours. 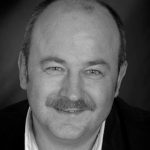 McIlroy had been part of a development programme known as Team Faldo and I travelled to Celtic Manor in Wales to hear the thoughts of someone who had played this game at the highest level – played and won on his sport’s biggest stages.

“If you’re a winner and you love winning that is very important,” Faldo said.

“And I personally believe you need to bring that to the Tour. You have to understand how to win.”

This year, McIlroy is learning how to do just that – his victories in the US Open and more recently in Shanghai and Hong Kong proof of his remarkable talent. He is now a five-time winner in his professional career with a Major title already achieved at the age of 22. And he has arrived in a world where media interest reaches out beyond his golf.

In my hometown and his hometown of Holywood, everyone has a Rory McIlroy story. They grow in the telling, the product of gossip and tittle-tattle. The young golfer lives his life in the public eye, and some of the recent stories have been about twitter rows, a management change and a new girlfriend – the top ranking tennis player Caroline Wozniacki.

Everything Rory McIlroy says and does – on and off the golf course – becomes a story. So, he has to be careful and careful again.

Twitter rows are an unnecessary distraction, but they become headlines and news and they can get in the way of those winning thoughts that Faldo identified as being so important.

The McIlroy story so far has many pages. In a few short years as a professional, he has climbed to number two in the world, recovered from a Major collapse to become a Major winner, and this week still has a mathematical, but outside, chance of topping this year’s European money list.

It is a story of high achievement, best told by him when he lets his play and his winning do his talking. That is all we need to hear.

Social share:
Previous ArticleWhy ‘Mr Volkswagen’ is giving a lift to carloads of qualified teachers from St Mary’s College Belfast…
Next Article “Made in China…spun by a 14-year-old-boy…scraping minimum wage…bought by you for £50…worn once and forgotten about” by Lana Richardson