You are at:Home»Fashion and Style»2011 in fashion: Women on the throne by Lana Richardson
Social share: 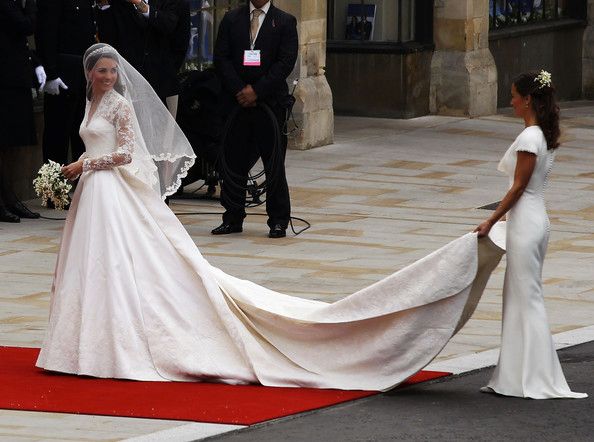 Sarah Burton followed Kate Middleton into Westminster Abbey on 29th April 2011. She flattened down the bride’s ivory satin train and made the finishing touches without fuss. The designer stepped back and took a quiet moment to herself. She was beaming. When the wedding day was done, it would be Burton’s turn to be thrust into the spotlight and crowned queen of the fashion world.

In that moment, the earth shifted. Before, fashion had always been male dominated. Men held the keys to the biggest design houses, heading the world renowned brands. (Karl Lagerfeld for Chanel, Marc Jacobs for Louis Vuitton, Ricardo Tisci for Givenchy, Alber Elbaz for Lanvin.)

However, 2011 saw men fall from grace. John Galliano hurled anti-semetic abuse, Christophe Decarnin left Balmain and Dolce and Gabbana faced tax evasion charges. The fashion world was stained with shame and sought redemption. So as the industry breathed Sarah Burton in, it breathed out a sigh of relief.

But it wasn’t just timing. After only one year as creative director for Alexander McQueen, Sarah Burton has triumphed in her own right. This year she designed the most photographed wedding dress in history and the Alexander McQueen: Savage Beauty exhibition which attracted 661, 509 visitors. In November she took home the industry’s most prestigious accolade when she was named designer of the year at the British Fashion Awards.

She has constructed a more befitting global image of the fashion designer. Galliano’s flamboyant, shallow and indulgent tortured genius stereotype was no longer warranted. Burton as the hard-working designer, out of the spotlight and in the studio making both innovative and wearable clothes, paved the way for powerful women to mark their territory in the industry.

With this notion, Victoria Beckham was able to secure her status as a high-ranking business woman and pick up her own fashion Oscar. Her three year old label went against all odds to gain critical acclaim for its “focused growth strategy” and won designer brand of the year at the BFAs. Stella McCartney also rose to prominence, taking home the red carpet award and creating the year’s second most photographed dress; the sheer polka dot Lucia as seen on Kate Winslet and Liv Tyler.

But men are still behind the door of the biggest fashion houses. Of the 13 labels that took part in autumn/winter 2011 couture week, only two collections came from female designers. And these were the two lesser known labels (Anne Valerie Hash and Bouchra Jarrar) that hide underneath titles like Chanel, Valentino and Givenchy.

Almost one year on from Galliano’s dismissal, there is still a vacancy at Dior. Phoebe Philo had once been suggested as a suitable heiress to the couture throne, to become the brand’s first female designer. However, old trends always find a way of creeping back into fashion; recent reports say Raf Simons will be the successor.

Social share:
Previous ArticleWestern protestors cannot bask in the sunlight of the Arab Spring
Next Article Blunt message for DUP leader Peter Robinson in Alex. Kane’s reflection on the year 2011