You are at:Home»News & Current Affairs»Why David Ford is handcuffed – but will escape sentencing…
Social share: 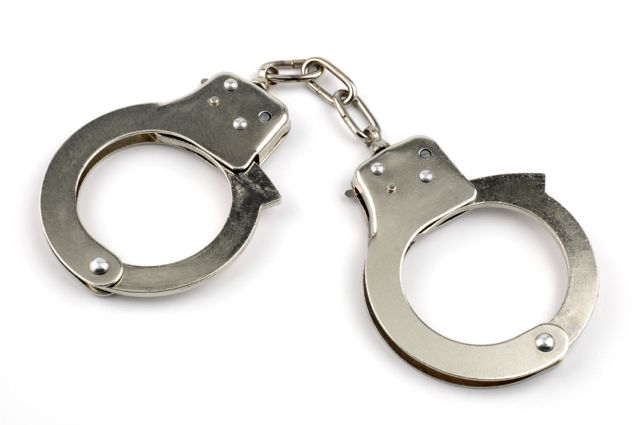 There is intrigue even in the inner sanctums of the Democratic Unionist Party, as to why party leader Peter Robinson loosed off in such an extreme fashion, in the wake of Justice Minister David Ford’s Assembly statement on reform of prisons. Mr Robinson warned he would quit and force an election to let the electorate decide whether Ford’s tampering with the emblems, badge and name change to the prison service would be acceptable.

It should be pointed out that Ford’s cat was let out of the bag on potential emblem, badge and name change under cross examination from Jim Allister QC. Did he simply smell a rat, or had he been tipped off there was something else afoot? He has a memory like an elephant, even though the First Minister has challenged his recall on several issues dating back to the time of the St Andrew’s Agreement.  Allister hit the bull’s eye in his line of questioning to The Justice Minister,  and being a decent man, Ford said too much.
Do I believe that David Ford came up with the ‘Pattenesque’ approach to changes to the image of prisoner officers? No, I do not. The finger prints of the Northern Ireland  Office ‘mandarins’ from  l’ancien régime, are all over Ford’s proposals.
The Justice Department is a mirror image of the the former NIO security department, and all that has changed, in that instance, is the name. The current Head of Security in Justice was Head of Security in the NIO. Plus ça change. Those guys are subtle, below the radar in how they operate. It was left to the North Antrim Assembly member Jim Allister to smoke these guys out.
The speed with which Peter Robinson moved, to crush Ford’s proposals to apply Patten’s policing style changes to the prison service, was remarkable. There hadn’t been enough time for a grassroots backlash to get off the ground to the breaking news, before the DUP leader jumped on his fellow Executive minister, threatening to resign and to force an election.
So what prompted Peter Robinson to release his ‘patriot missile?’ The use of the term ‘patriot’ may well be more relevant than it seems. Mr Robinson was only too aware of the damage done to former First Minister David Trimble, over the sweeping changes foisted on the RUC – including the removal of the emblems, under which men and women died. Touch emblems, badges etc and you touch a raw nerve in the Protestant Unionist community.
Mr Robinson doesn’t want either, the ‘Lundy’ badge pinned to his lapel or attaching to his legacy – I am told he is growing increasingly preoccupied with this.
The ghost of David Trimble is something with which the former East Belfast MP does not want saddled. Fellow DUP Assembly members loved the decisive action taken by their leader. He snuffed out any dissent in party ranks in one fell swoop. The prison issue hadn’t even time to gather a head of steam before ending up in a puff of smoke.
So where does this leave Justice Minister, David Ford? He is up a river with no paddle on prison reform as far as trying to realise change to the name, emblems and badges. His going to the Prison Service Headquarters last Sunday, to lay a wreath in honour of those who had died, will not save his bacon on this one.
The irony is, Peter Robinson did not have to deploy the nuclear option in threatening to quit and force an election. Just as in any move by Stephen Farry to merge Stranmillis College and Queen’s – while leaving St Mary’s teacher college unscathed – the DUP can scupper both proposals, by blocking them ever before they reach the Executive table.
Do I think David Ford’s future as Justice Minister is at risk? No I do not. He has dropped a ‘clanger’ on this one, in the eyes of the DUP, but in stepping in speedily to state, ‘there are no proposals’ on emblems, badges and a name change before him, he has saved the day for himself. His tenure is due to expire in the Spring time.
One well placed DUP source told me, “I don’t think we have the stomach for getting rid of Ford. We are of a view, that he hasn’t done too badly in Justice – apart from this prisons clanger. Peter moved quickly to settle nerves and now Ford has issued his statement of not having any proposals, for name change etc. I suspect he will be ok.”
David Ford is lucky too, that the Executive is publishing its Programme for Government this week. That focus will shield him from more flack, though I have every confidence that the Justice Minister will be on Jim Allister’s radar, when he stands up to address his TUV party’s annual conference in Cookstown this week-end.
Further charges that Mr Robinson was  ‘asleep’ during the Justice talks at Hillsborough are likely to be directed at him.