You are at:Home»News & Current Affairs»Opinion»Alex Kane on “era of the political actor”
Social share:

I have, over thirty years as both a party political activist and commentator, heard hundreds of political speeches at hole-in-the-hedge gatherings, in Orange Halls, in the House of Commons, at party conferences across the United Kingdom, in the Assembly and at many, many after-dinner functions. I have delivered quite a few of my own and written quite a few for others.

Two in particular stand out. I heard Enoch Powell address a meeting in Armagh back in 1972, when I was about 16. He was still a Conservative MP at the time. The Stormont Parliament had been prorogued a few months earlier and his appearance at the Ulster Unionist meeting had drawn maybe 500 people. He was spellbinding. He had that audience in the palm of his hand for almost an hour. They rewarded him with a huge ovation at the end. I’m not sure however, that most of them knew what he was talking about: the gist of which was that they were better off without Stormont! 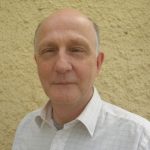 The other was Michael Heseltine at the Conservative Party Conference in 1995. Another spellbinding performance accompanied by his manic flourishes, sweeping back of his hair, great one-liners and just sheer, unadulterated passion. Again, he was rewarded with a huge ovation from the grassroots. Yet, when I read the text of that speech, it was clear that most of it—and he was, after all, in the centre-left of the party—would not have been the natural cup of tea of most of those who had cheered him.

How a speech is delivered is what makes the difference. Great speeches are also great performances. They are remembered for how they were delivered; the emotion, the self-belief and the sheer splendour of the language, rather than for what they may have really meant. Most of the really memorable ones are written by the speaker, for it takes a really great political actor to deliver a speechwriter’s lines; let alone deliver them well!

That said, we are now in the era of the political actor. In a world in which so much political activity and policy are determined by internal polling and focus groups, most leading politicians are handed a speech and told what to say. Indeed, it’s worse than that: for most of them the content is now considered less important than the setting and style of delivery. David Cameron is a terribly dull speaker who tries to enliven things by having his speeches broken down into single sentences in the hope that they look spontaneous.

Put bluntly, if you don’t know how to write a speech you will find it difficult to deliver a speech. This may explain why political leaders and key spokesmen tend to deliver a mix of wish lists, clichés, headline grabbers and very limp jokes – not so much a speech, more a very long press release.

The problem is—and it is true of politics generally across the United Kingdom—there are no real right versus left divides left anymore. Where you don’t have those great political/electoral battles you don’t have the need for the great speakers and performers to champion one side or the other. The consequence, of course, is that politics becomes very much duller: and I also think that politicians themselves are very much duller. For too many it’s a career first and foremost, rather than a vocation or emotional impulse.

All of which brings me to Alasdair McDonnell: How bad was his performance on Sunday and how much damage will it have done  to him and the SDLP? The speech was shown on Sunday lunchtime to an audience of political anoraks at home—people like me, in other words; and to 350 SDLP members. The vast majority of that television audience were not looking to be swayed or won over. They just wanted to know if he had anything new or interesting to say. It wouldn’t have mattered if he had been brilliant, because most of them were already committed to other parties, and the audience in the room will still vote SDLP irrespective of who leads it.

On Sunday evening and on Monday evening’s UTV Live and BBC Newsline there were a few snippets from his speech and the News Letter, Irish News and Belfast Telegraph all mentioned his obvious discomfort with the camera lights and autocue. Some of the local political blogs had a bit of fun at his expense. But do you know what? I don’t think it amounts to a hill of beans. Most people in Northern Ireland will not have registered either the speech or the technical glitches. Somewhere along the way they will have picked up on the news that the SDLP has a new leader, but that’s about the height of it, although Tom Elliott may be quietly pleased that he’s no longer bottom of the class!

And while there may have been a bit of sniggering behind hands from other politicians and MLAs no-one had a ‘go’ at him. That’s not surprising. Most of our MLAs are incapable of delivering a speech or asking a question if it hasn’t been written down for them. Even when it has been written down most of them stumble over delivery and talk into the bench rather than the microphones.

For most of the ‘Troubles’ local politics attracted very few genuinely eloquent, fast-on-their-feet performers. That’s not much of a surprise. It was a risky career—in every sense of the term—with no job security and little in the way of financial reward. Yet here we are, almost 16 years since the beginning of the Peace Process and we still don’t have many star performers in either the Assembly or Westminster.

The former MP and MLA Bob McCartney was head and shoulders above most of his colleagues but he got to the stage of hectoring and lecturing so much that people tuned out. There are some natural communicators—people like Basil McCrea, Mike Nesbitt, Gregory Campbell, John Dallat, Conall McDevitt and Alban Maginness for instance—but they strike me as keener on soundbite than on substance and some of them are now so over-exposed that they are viewed by the media as little more than always reliable rent-a-quotes. What they need to remember is that while they may shine in comparison to most MLAs, it doesn’t necessarily follow that they are, in fact, particularly good or even particularly respected by the electorate.

There are no natural speech makers in the Assembly. There is no-one with the passion and fire to grip the attention of the Chamber, or even to bring members down from their offices to watch the performance. Worse still, there are no genuine mavericks: no-one who defies the rules and whips and shakes the place up a bit. It’s no wonder that Stormont Live has been pushed to the graveyard slot of 11.20pm! Even less wonder that most of the journalists forced to report Assembly business look like they have overdosed on mogadon.

An unforced error can still cause a problem for politicians. Tom Elliott’s reference to ‘scum’ during his acceptance speech at the Assembly election raised a few hackles within nationalism and kept reporters amused during what was a very predictable campaign. It did Elliott very little damage inside the UUP.

McDonnell is, as he likes to say, a bit of a bull in a china shop. He doesn’t do political subtlety and he won’t give a damn about a few glitches which most people won’t have seen, and nor will he give a damn about the evident embarrassment on the faces of the SDLP hierarchy. He won, after all and it’s three years until the next election.

But what should worry him is that he won by such a small margin, just thirteen votes over the quota and 36 more than Conall McDevitt. He clearly doesn’t have command of his grassroots and, for a man who has so many reforms to push through, that will cause him far more problems than spending half-an-hour last Sunday looking like a rabbit caught in the lights. The lesson for other politicians? If you’re going to make a cock-up do it during an MTV weekend!